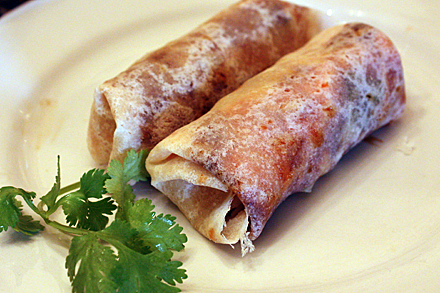 Today is the Qingming Festival (清明節) when Chinese families all over the world visit ancestral tombs to pay respect by cleaning them. Despite being one of the three major holidays celebrated by the Chinese, very few in the West understand its significance. It is such a vital holiday that controversial for hire tomb sweeping services are now available for migrant workers who are unable to return to their ancestral homes during this festival.

Written records trace the tomb sweeping ritual to the Spring and Autumn Period (春秋時代) around the 7th Century BCE. The legend tells of Charner (重耳), the prince of Jin Kingdom (晉), who was exiled for 19 years after a palace intrigue to assassinate him by his step-mother. During this period he would have starved to death but for the sacrificial act of Jie Zitui (介子推), who apparently cut off the flesh from his hip to feed the prince. After Chonger was restored to power, he sought out Jie Zitui to show his appreciation. But Jie Zitui and his mother had moved to a remote hill to become hermits. Unable to locate Jie Zitui, Chonger ordered the burning of the hill to force him out, but instead discovered that Jie Zitui and his mother had been burned to death. After this, Chonger banned fire burning and visited Jie Zitui’s tomb on the anniversary of his death. This custom continued and became known as the Hanshi Festival (寒食節) or Cold Food Festival.

During the Tang and the Song Dynasties the Hanshi Festial was combined with Qingming celebration, which marks the beginning of the agricultural activities after a long winter. Qingming is one of the 24 solar terms in Asian lunisolar calendar that divides the year into 24 periods, and falls within a few day or two of Hanshi Festival. Although the name Hanshi was dropped its customs continue until the present day.

Since fire is banned for the Qingming Festival, cold food predominates during the festival. This tradition remains with many regional celebrations of Qingming including the southern coastal areas of Fujian and Taiwan, where fresh spring rolls are standard fare. Thought to have descended from a similar roll dish from Central Plain, Fujian spring roll, or runbing (潤餅), is not deep-fried like its Cantonese cousin. (In the Fujian dialect it is known as popiah.) The main filling is pork and cabbage made into a dry stew, which was then cooled to room temperature before being accompanied by all sorts of other ingredients including scrambled egg, shrimp, bean sprout, deep-fried tofu, ground peanuts and cilantro to be wrapped in the roll. Sweet soy sauce and chili sauce are usually smeared on the wrapper before being rolled.

The most important part of the Fujian spring roll is the wrapper. It is made by spreading a thin layer of wet but pliable dough made from flour and water over a flat warm iron to form a very thin pancake. The technique is very tricky and requires dexterity and regular practice to master. I consulted with Auria Abraham a few years ago on how to make this wrapper. Auria, who is from Malaysia, is a blogger and food entrepreneur marketing her wonderful spicy hot chili sambal to the adventurous foodies. Auria offered me her poh pia skin recipe, which is included below. I must admit that I have yet to master the making of this wrapper and am so envious when I observe Auria in the kitchen making them.

Don’t despair if you’re unable to produce these thin wrappers at home. It is possible to purchase them in many Chinatown or Asian markets. They are round, thin and irregular-shaped wrappers found in the freezer section. Be sure not to confuse them with the more common square commercial Cantonese spring roll wrappers.

Being far away from your ancestral home should not prevent you from getting together with your nearby relatives and enjoying a meal of Fujian spring rolls. Take a little time before the meal to remember your ancestors and celebrate the festival. I’m not sure if I would recommend hiring someone to go to the tomb however.