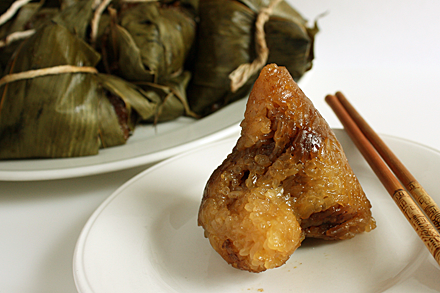 About two years ago two neighbors of ours separately stopped us in the corridor and wondered if we had a good time smoking pot in our apartment the night before. I was initially perplexed and rather indignant by the insinuation. Then I realized the odor they smelled through our door was in fact from boiling zongzi, which I was preparing for the annual Duanwu Festival, commonly called the Dragon Boat Festival in the West. The concoction of bamboo leaves, meat and spices has an odor very similar to marijuana smoke, or so I’ve been told. 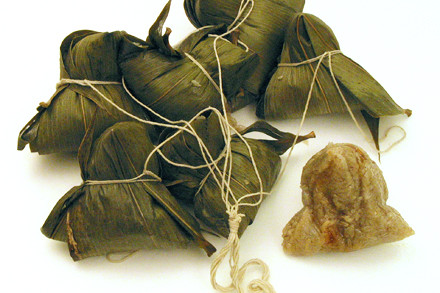 Every year in May or June, dragon boat races are held all over the world. There are races in Hong Kong, San Francisco, New York, London and everywhere in between. These races originate from the Chinese celebration of the Duan Wu Festival (端午節) on the fifth day of the fifth month of the Chinese lunar calendar, which this year falls on Thursday the 28th of May. The most widely told story of the origin of the festival is that it commemorates the death of QuYuan (屈原), a patriotic minister and poet to the court of Emperor Huai (楚懷王) of the Chu Kingdom (楚國) during the Warring Sates period (春秋戰國) around 300 BCE. After serving the emperor loyally for many years, Qu Yuan ran afoul of court politics and was banished. He was devastated and started writing poetry lamenting the loss of the emperor’s favor and the decline of his native kingdom. Saddened by the eventual fall of the Chu Kingdom and the death of Emperor Huai he killed himself in the Mi Luo River (汨羅江). However there is a deep dark secret that is not often discussed.

Continue ReadingSecret of the Zongzi